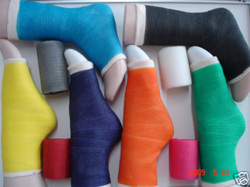 Fibreglass Casting Tapes
ONLY "PAST THEIR USE BY DATE" CASTS IN STOCK
At $15 per cast, we think we have the best price for casts in Australia!

We use these casts after corrective trimming if necessary, to support the hoof wall, to give support and protection to the sole.  We also use casts in treatments to decontract the heels and to fix Epona flexible polyurethane shoes to the hoof and thus avoid the use of nails.

Bubble wrapped to prevent puncture in transit.  Note that casts will harden quickly when their foil package is punctured as this permits the bandage to be exposed to air.

Casts come in a range of colours -  bright colours such as orange, red, green, purple, pink, blue, yellow, white or more discreet colours such as black and grey that are hardly noticeable on black hooves.

Available colour now is ONLY white. All other colours sold out. 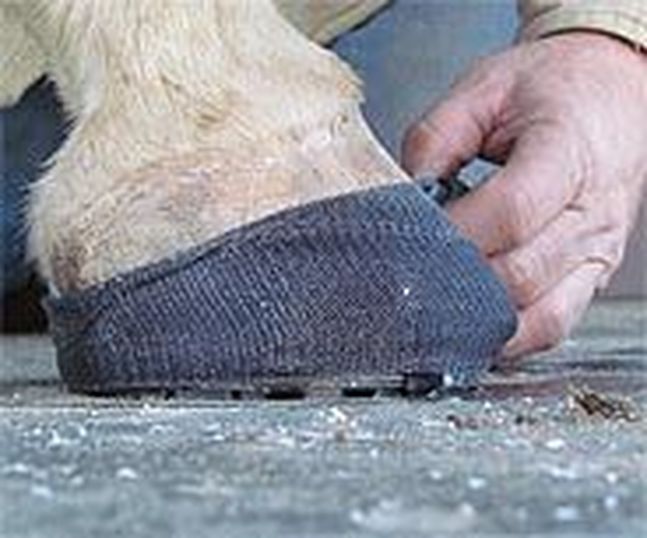 Clockwise from Top Left Previously 4 foot foundered pony rehabbed from laminitis with Epona shoes and casts. Same pony being ridden on 5km ride wearing Eponas (cast on). Variety of casts (worn by the same pony) after removal in her recovery from 4 footed founder. Photo of a different horse cast with an Epona shoe. 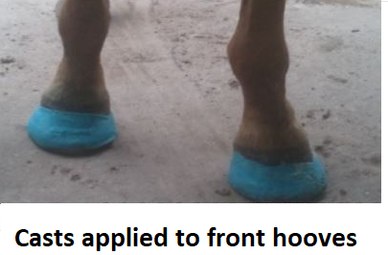 When white line separation occurs it causes the hoof wall and the laminae to separate and weaken the wall causing flares and cracks to develop.  The white line then produces serum laminae - a resin like material - that as an emergency measure, glues the hoof together. The serum laminae or flare that was providing some form of emergency stability for the hoof must be removed and a new tight connection formed between the wall and the laminae from the coronet band down to the toe.  The laminar wedge (separation) must be grown out.  During this period of transition and repair, the serum laminae must be removed, but the weakened hoof wall might not be strong enough to support the internal hoof capsule. In such cases, we use fibreglass casts to help support the hoof through the period of adjustment.   The casts also give support to the thin, stretched sole which can become so thin it is the thickness of paper and can be easily moved by pressing with a thumb.

Our fibreglass casts are imported into Australia by Horse Sense Australia and are available for sale. Purchase casts by clicking on the button below.
Purchase Casts